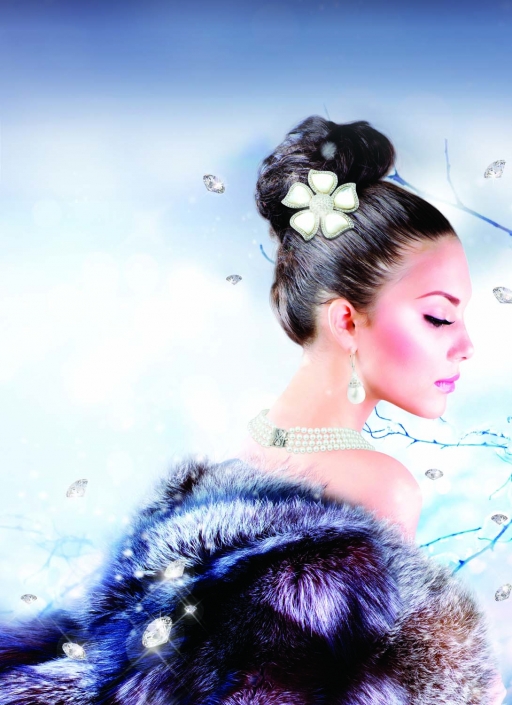 The pearls you may wear in earrings and necklaces are the result of an irritant under the shell of a living organism. Pearls are formed by saltwater or freshwater mollusks—a diverse group of animals that includes oysters, mussels, clams, conchs, and gastropods.

Pearls are formed when an irritant, such as a bit of food, a grain of sand, bacteria, or even a piece of the mollusk’s mantle becomes trapped in the mollusk. To protect itself, the mollusk secretes the substances aragonite (a mineral) and conchiolin (a protein), which are the same substances it secretes to form its shell. The composite of these two substances is called nacre, or mother-of-pearl. The layers are deposited around the irritant and it grows over time, forming the pearl.

Depending on how the aragonite is arranged, the pearl may have a high luster (nacre, or mother-of-pearl) or a more porcelain-like surface that doesn’t have that luster. In the case of the low-luster pearls, the sheets of aragonite crystals are perpendicular to or at an angle to the surface of the pearl. For the iridescent nacreous pearls, the crystal layers are overlapping.

Pearls may be a variety of colors, including white, pink, and black. You can tell an imitation pearl from a real pearl by rubbing them on your teeth. Real pearls feel gritty against the teeth due to the layers of nacre, while imitation ones are smooth.

Pearls are not always round. Freshwater pearls are often shaped more like puffed rice. Unusual shapes can also be prized for jewelry, especially for large pearls.

Some pearls are cultured. These pearls do not form by chance in the wild. They are helped by humans, who insert a piece of shell, glass, or mantle into a mollusk and wait for pearls to form. This process involves many steps for the oyster farmer. The farmer must raise the oysters for about three years before they are mature enough to implant, keeping them healthy. Then they implant them with the graft and nucleus and harvest the pearls 18 months to three years later.

As natural pearls are very rare and hundreds of oysters or clams would have to be opened to find one wild pearl, cultured pearls are more common.